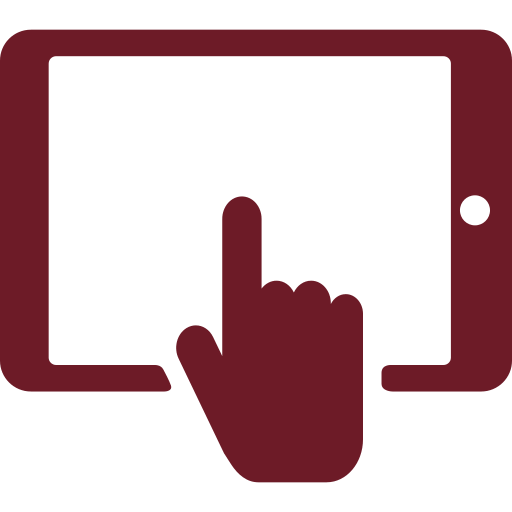 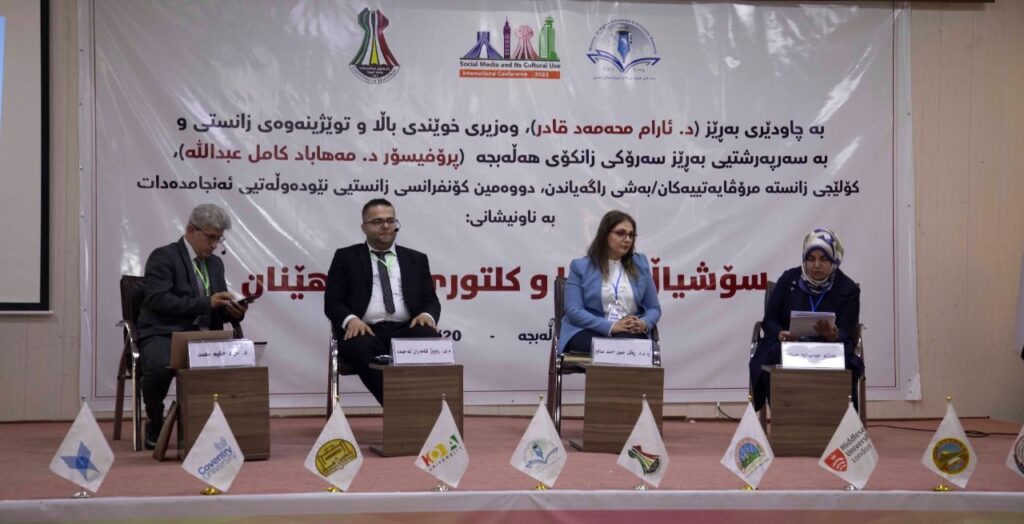 Under the supervision of the Minister of Higher Education and Scientific Research Dr. Aram Mohammad Qadir, and the President of the UoH Prof. Dr. Mahabad Kamil Abdullah, the College of Humanities/ Media Department, held the second international scientific conference entitled, "Social Media and Its Cultural Use" at the hall of Dr. Mustafa Zalmi on the 20th of November 2022.

The conference started with standing silently for a minute for the remembrance of the Kurdistan martyrs. Then, a special promo video for the conference was played. In addition, the head of the conference preparatory committee, Assist. Prof. Dr. Nariman Abdullah, gave a speech in which he stated that there is no doubt that Halabja province has a bright history in terms of science and culture. Further, he also referred to Halabja's political and cultural activities and pointed out that from this point of view, UoH is constantly conducting academic activities with the aim of raising the scientific, knowledge (education) and cultural position of Halabja city and the region. Additionally, he discussed the steps taken so as to prepare for the second conference.

Later, Prof. Dr. Mahabad Kamil Abdullah, the president of UoH, warmly welcomed the minister of Ministry of Higher Education and Scientific Research and his advisor, governors, and representatives from governmental institutions, political parties, intellectual and journalistic institutions in a speech.
Furthermore, Dr. Mahabad stated that it is the duty of the UoH to hold and promote such scientific conferences in the framework of academic and community-related activities.

She also mentioned that Humanity is currently living in the age of technology, which has made the use of technologies necessary and largely obligatory for everyone to use it, but what is important is how to deal with the needs.
To conclude her speech, Dr. Mahabad appreciated the preparatory committee of the conference, researchers and the participants and wished that the conference would be the turning point of media.
Moreover, Dr. Aram Muhammad Qadir, showed his appreciation towards the UoH president and the preparatory committee of the conference and researchers.

The conference's scientific committee speech was presented by Prof. Dr. Hersh Rasul who hoped the conference's researches would be acceptable and important to everyone. Besides, he hoped that the research papers would address and solve a number of issues related to individual and community life in various fields in the Kurdistan Region.

He explained that the committee received 34 research papers which had been approved according to the titles, types, methods and objectives. Then, based on the conference proposals, 32 papers were accepted. He also added, “After sending them to the researchers and following the scientific standards, 22 researches were accepted to participate in the conference”.
"The research papers involved in the conference are an important and serious scientific effort towards the development of language, culture of media and community service” stated Dr. Hersh.

Along with national researchers at the UoH and other KRG universities, a number of international researchers across international institutions participated in the second international conference such as researchers from the Islamic Azad University - Islamic Republic of Iran, Coventry university - UK, and Middlesex University - UK.
Later, Assist. Prof. Dr. Pave Jamil, Assistant lecturer Mr. Rawezh Kamaran, Dr. Jwan Rozh and Dr. Morad Hakim presented their subjects in the first panel at the hall of Dr. Mustafa Zalmi.
In the afternoon, the panels were divided among four halls in the College of Humanities from 2:00 pm until 3:15 pm.
At the end,14 points were presented as conference recommendations by researchers and the conference preparatory committee.