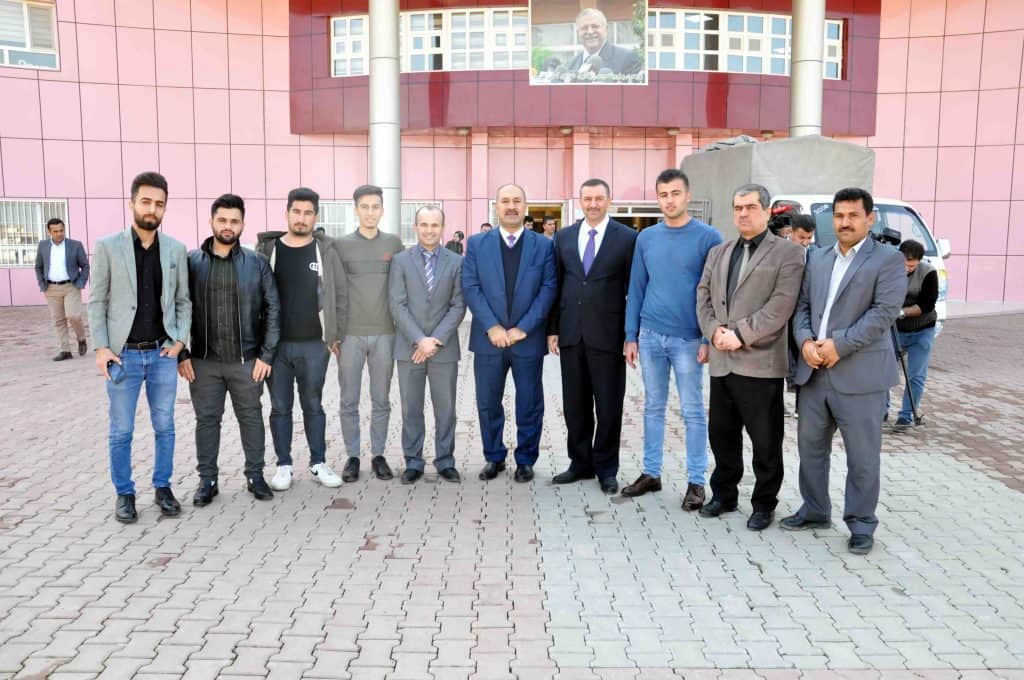 Suliamaniyah Governor Dr.Haval Abubakir paid a visit to Halabja University for the purpose of participating in the UoH campaign by offering 3000 books on the 24th of February 2019.
Dr. Tahseen Abdulkarim Al-zangana, the UoH president, Council members and a number of lecturers warmly received Dr. Haval. The UoH started the aforementioned campaign from the beginning of February for collecting books under the slogan, “Thirty One Thousand Books for the Soul of Five Thousands Martyrs” to commemorate the upcoming (31) anniversary of Halabja Chemical Attack.
It is worth to mention that 25000 books were collected until now through the campaign.
In a press conference, Mr. Governor described the process as an effective campaign and also defined it as an academic and modern effort.
Besides, he stated that the purpose of his visit was to join the campaign and offer roughly 3000 to UoH Library.
He further pointed out that the books include all of the fields which can be used as valuable scientific resources.
Dr. Abubakr also clarified the past support and cooperation of Sualimani Governotate towards Halabja and UoH.
Besides, he made a promise to lay out a modern garden for the UoH in the future.
Later, Dr.Tahseen expressed his gratitude towards Sulaimani Governor for his great effort to offer books upon his duty.
He wished for more Sulaimani Governorate cooperation in other sectors.
To express the UoH appreciation, Dr. Tahseen presented UoH logo to Dr.Haval.