The UoH will Launch a Big Campaign of Collecting Books 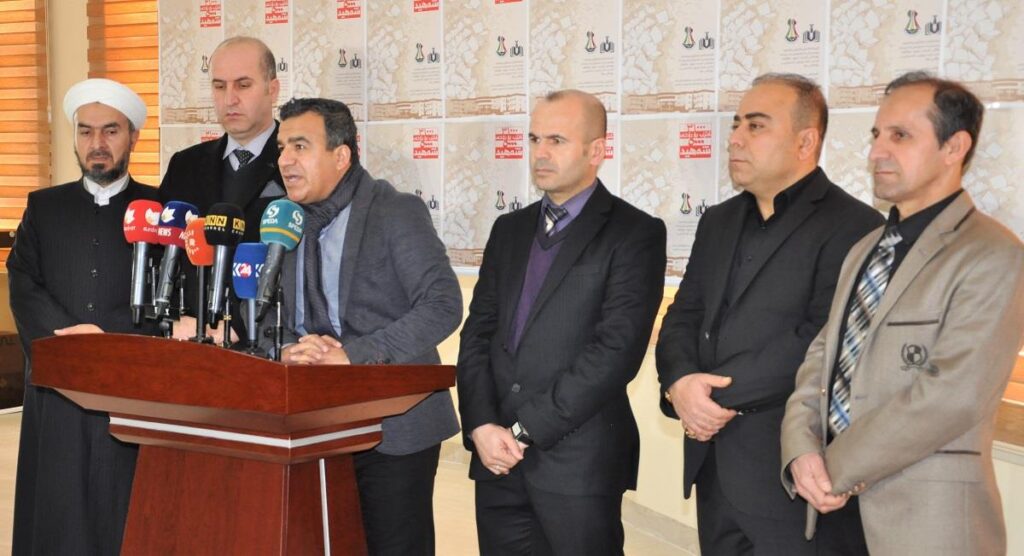 The UoH initiated a Campaign for Collecting Books under the slogan, “Thirty One Thousand Books for the Soul of Five Thousands Martyrs” to commemorate the upcoming (31) anniversary of Halabja Chemical Attack.
In a press conference, Mr.Yassin omer Ibrahim, the spokesperson of the campaign and the lecturer at the UoH, stated that the UoH is a one of the new established universities in Kurdistan Region and due to the economic crisis the UoH has not sufficient amount of books and scientific resources.
The aim of the campaign is to fulfill the lack of books and also to develop and expand the University library and enrich the scientific infrastructure of the university. “The campaign process is under the framework of the UoH activities for marking the (31) anniversary of Halabja Chemical Bombardment” Mr. Yassin added.
The campaign process has two stages.
The first step is to send formal invitation letters to the institution, organizations and public figures. Later, the second step is to hold a press conference and also to post it on the UoH website and social media.
Mr. Yassin pointed out that they will run the campaign in different places and also with new methods they will develop the campaign.
The Books which are collected will be supervised by a committee and handed them over to the UoH Library. The contact number of the person who in charge of the campaign is 07701533444.