The president of the University of Halabja, Professor Dr. Mohabaad Kamel Abdallah, received the delegation of International Brigades in Solidarity with the People of Rojavâ 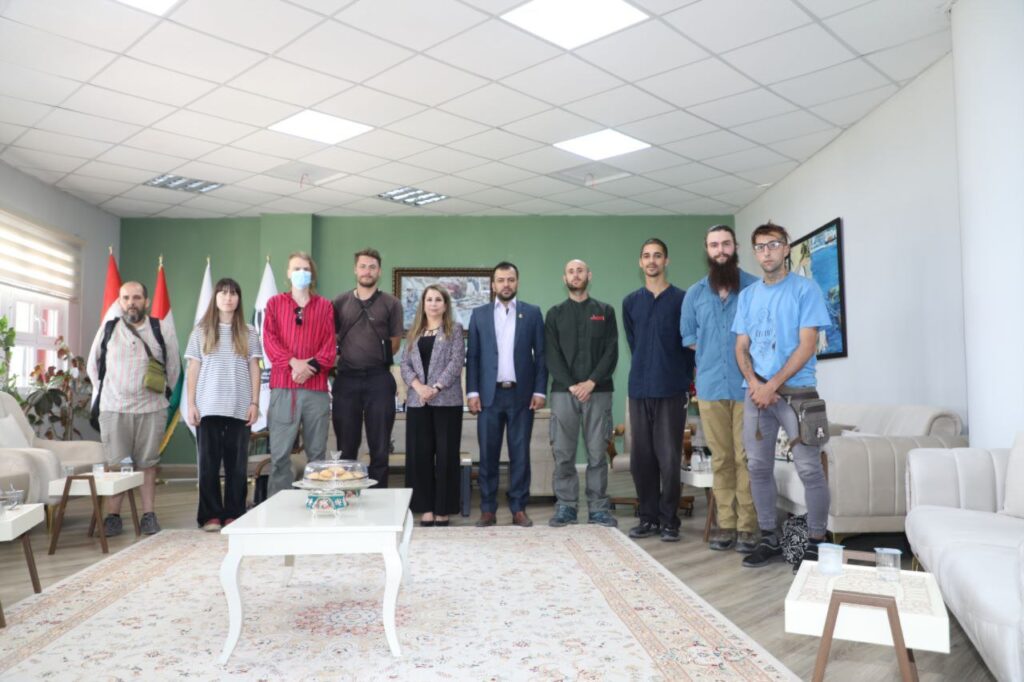 The president of the University of Halabja, Professor Dr. Mohabaad Kamel Abdallah, received the delegation of International Brigades in Solidarity with the People of Rojavâ.

In an introductory speech, the President appreciates the visit of the delegation to the university and she says that “after the disasters caused by the genocidal aggression, the city of Halabja, spearheading its university, wants to ensure that Sciences (Physics, Mathematics, Engineering, Language and Literature) are the tool to turn 180º social desolation and international opinion that they did not manage to break a city.” To achieve this mission, UoH implements Bologna process within the Humanities and Sciences disciplines. The President explained to the delegation that the main purposes of implementing Bologna Process is to find resources that bring the image of openness closer to the outside world, which has been built for more than fifteen years within the different student disciplines. With this, “we need to enhance the image of the university and that in the short-term future, it will be a home for the acquisition of knowledge by people who come from all over the planet.” concluded by the Professor Mohabaad Kamel Abdallah.

Continuing the visit of the different colleges that make up the University of Halabja, the International Brigades in solidarity with the People of Rojavâ have visited college of Education in SHarezoor. The delegation received by the Dean of the college Dr. Ahmad Mira and the head of Kurdish department Dr. Aryan Aziz.

Dr. Aryan explained the emphasis of the department of Kurdish language which is placed on the writers who, since the fifteenth century, nourish the libraries of the first copies dated in the Kurdish language and in its different dialectal variants; studying them in this department, together with professors in charge of linguistic comparison works, literary genres and journalistic studies.