Second Scientific and Cultural Festival held at University of Halabja 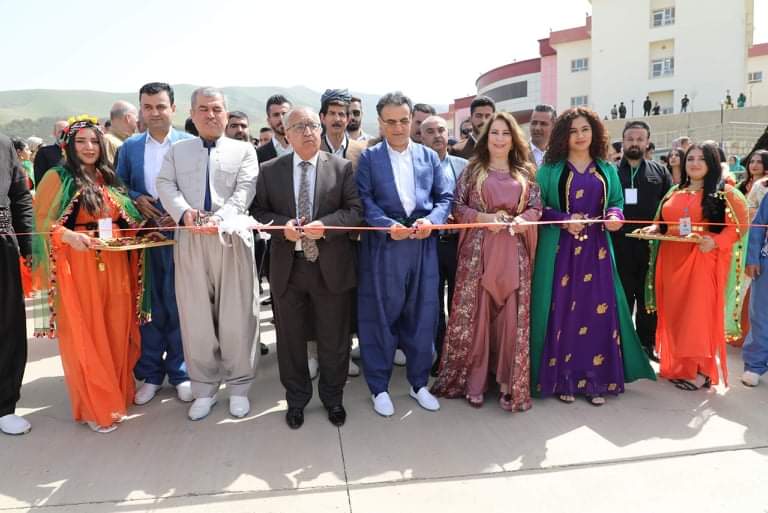 Among the festival attendees included the Minister of Higher Education and Scientific Research, the University of Halabja president, Halabja District Mayor, Municipality president, Halabja Police Director, other governmental and political figures, as well as university lecturers and students.

After a moment of silence, Prof. Dr. Mahabad Kamil Abdullah gave a speech welcoming the dear guests to their home – the university.

“This festival has different dimensions which promotes diversity on which the university is founded”, she said. “We want to show that our students are not stuck inside their classrooms, but are capable of showing their true abilities and Halabja’s deep cultural heritage is further proof for such diverse potentials”, she added. She finally welcomed everyone again and appreciated the hard work of all the parties concerned in the preparation and management of the event.

Later, Dr. Aram Muhammad Qadir, the minister of Higher Education and Scientific Research gave a speech highlighting the prominence of Halabja’s culture and its literature in particular.

“Halabja’s late poets such as Besarani, Nali, Ahmed Mukhtar Jaff, and Goran are striking examples of how rich the city’s culture and literature is and it is the role of university and its staff to promote this aspect” He said in his speech. “Halabja has a fascinating and rich history too for which reason the previous regime attempted to destroy taking away 5 thousand innocent lives as a result”, he added. The minister finally reiterated his whole support for the University of Halabja and its shortcomings.

Later throughout the day, students and other participants showcased their products and concept designs from a variety of different departments. Their products included scientific inventions, handmade personal accessories, traditional Kurdish dried up cuisine, Kurdish outfit, and many others.
The event ended with Kurdish dancing nationally known as Halparke.