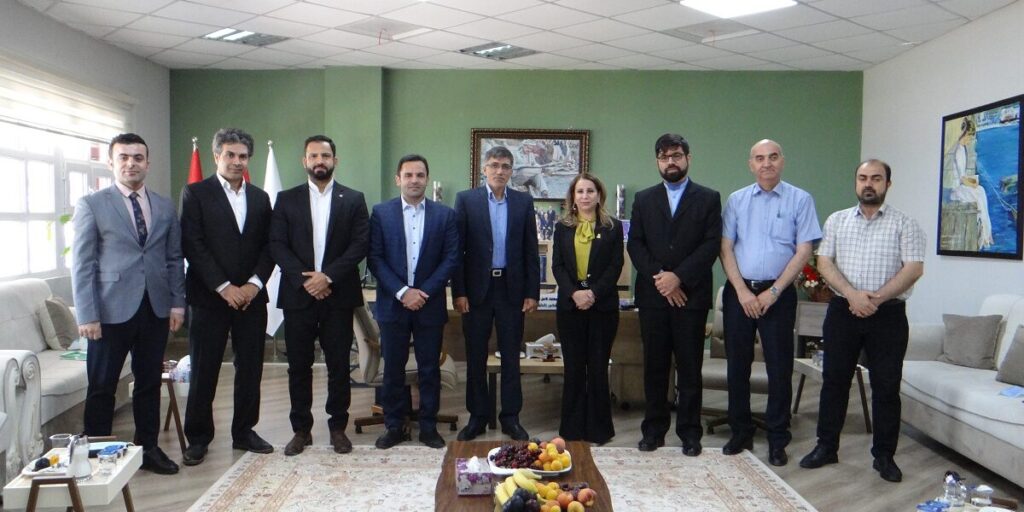 On the 21st of June 2021, University of Halabja (UoH) warmly received a delegation from
Tehran University of Medical Sciences/ Islamic Republic of Iran including Prof. Kurosh Djafarian
Dean of International College، Dr. Ardalan Shariat, Post-doctoral of Neurorehabilitation,
Mr. Hassan Zade, Cultural Representative of General Consulate of Iran in Sulaimany and Dr. Shaban Alizadeh, Dean of Allied medical school. A meeting was arranged in which Dr. Mahabad Kamil Abdullah, UoH president, warmly welcomed the delegation and she also expressed her gratitude towards them for the formal visit which is recording a historical day for UoH. Then, she discussed opening the new college which is medicine at UoH. Later, she shed some light on the academic and scientific relations which were promoted between UoH and the universities in Iran.
Then, Prof. Kurosh Djafarian expressed his excitement on visiting UoH and also conducting academic and joint-works together. Later, he made some remarks on Tehran University of Medical Sciences whose history extends beyond 170 years. In his opinion, they can be of significant assistance to Halabja starting with small steps.
After that, each delegation member gave speeches regarding their university future plan for the next six months. The delegation also mentioned that they will receive feedback from the online courses they will provide UoH.
At the end, both sides exchanged their universities logos.