College of Humanities of the UoH Held an International Scientific Conference entitled, “Human Science is the Base of Change and Innovation in Society” 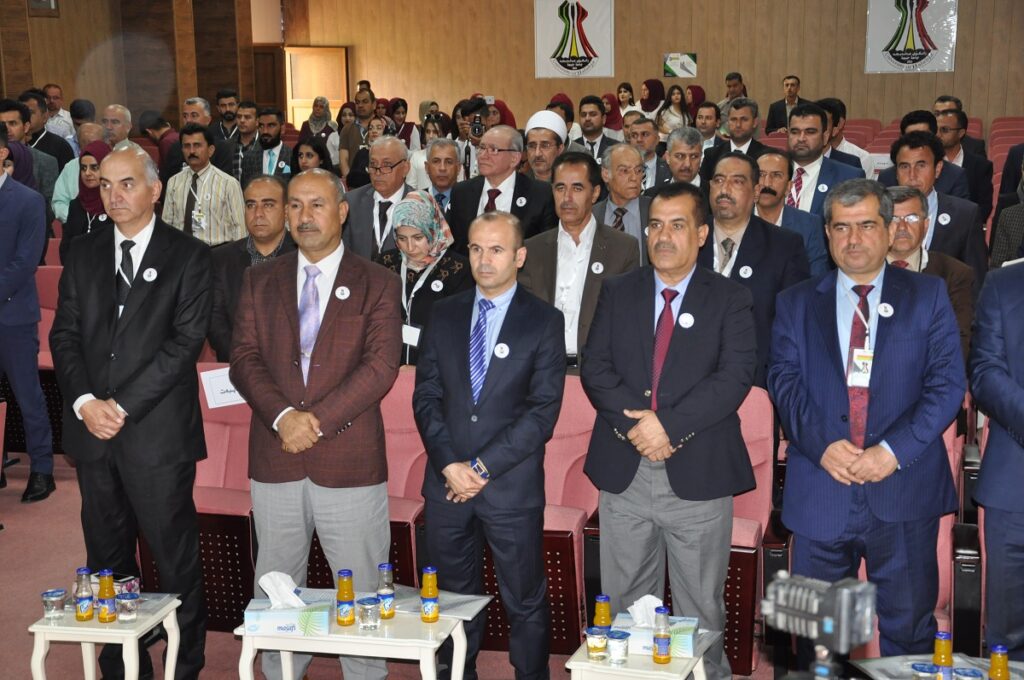 College of Humanities of the UoH under the auspice of University President Asst. Prof. Dr. Tahseen Abdulkarim al-Zangana and with the presence of UoH Counsel members, lecturers, employees, students, a number of representatives from Political parties, intellectual people of Halabja and Kurdistan and numerous local and international researchers held an International Scientific Conference entitled, “Human Science is the Base of Change and Innovation in Society” on the 2nd of May 2019 at Mustafa Zalmi Hall.

At the beginning, all the attendances stood one moment silently for the soul of Martyrs. Then, numerous verses of Holy Quran were recited. After that, Dr.Tahseen as the supervisor of the conference made a welcome speech to the attendances. Besides, he showed his gratitude to the Ministry of Higher Education and Scientific Research for their support and cooperation in providing the necessary scientific equipment and facilitating the administrative works. He also stated that all the activities and development of the UoH had been achieved for the purpose of improving and expanding the UoH in the last periods of time. He expressed the UoH presidency deep sense of gratitude towards all the public figures, Parties and Companies that have promoted cooperation with the UoH.

Later, Dr. Nariman Abdulla, the head of the Conference Arrangement Committee gave a speech in which he warmly welcomed all the attendances and showed his appreciation for the Conference Arrangement Committee who worked hard and tirelessly to arrange such a scientific conference. He also pointed out the aim of holding the scientific and international conference which was to promote the scientific status and level of Halabja city and give back the name and status of the city as the center of science and culture as in the past. Later, a documentary movie was showed which was about the establishment and the development of the UoH.

In the conference a number of scientific topics were discussed as followings:

1- Assessing the Causes of Transitional Justice in Iraq-Halabja as a Model by Asst. Prof. Dr. Hashm

2-The Role of the Media in Providing the Environmental Education- Structure and implementation) by Assist. Prof. Dr. Adnan Abdulqadir

3-The Kurdish Community from the Stance of Historian Sharafkhan by Dr.Ismael Mahmoodi

4-Production and Consumption of Electrical Energy in the Economic geography by Dr. Sakar Muhammed and Dr. Fatima Qadir from University of Raparin.

5-The Role and Status of Hashd al-Shaabi in the Political System of Iraq by Dr. Yassin Ashur from University of Garmian

6- Air Pollution in Kalar by First and Second Carbon Dioxide by Ms. Dilpak Ahmed from University of Garmian

7-The Hazards of Geomorphic and Affects the Trafic Moving in Pshta Boarder by Ms. Hero Nasradeen and Mr. Hemn Nasradenn from University of Garmian