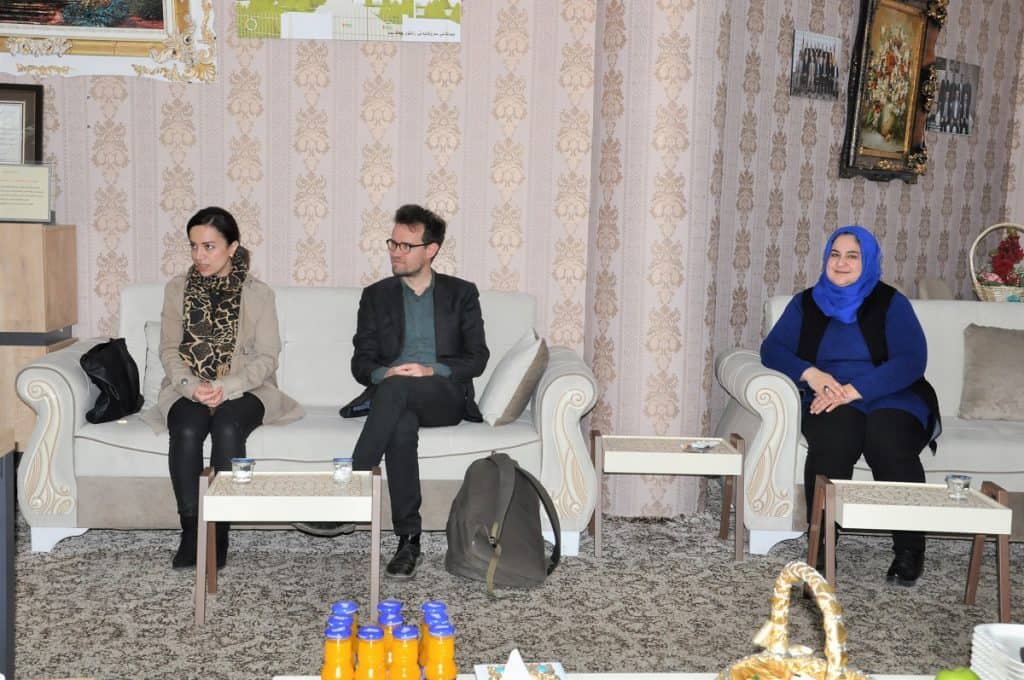 A delegation consisting of Mr.Tim and Miss Rolay, representatives of TI organization, and Miss Gulstan Ahmed Othman, director of Human Rights of Shahrzoor, Paid a visit to the UoH.
The delegation was warmly received by the UoH president Dr.Tahseen Abdulkarim Al-Zangana on the 26th of February 2019.
The delegation declared that TI has a plan to conduct a project on youths and children in Halabja Government.
Their visit aimed at asking the opinion of the UoH Presidency on the project named as Second Generation which is a site project of the Organization in cooperation with UNICEF.
It is worth to mention that the project is supposed to be set up in the near future.
Dr. Tahseen stated that holding such a meeting with the TI representatives is one of best meetings the UoH has arranged until now.
He further discussed the importance of the project, “We as the UoH are ready to provide assistances concerning Human resources, laboratories in conducting the project”.
Besides, he mentioned that UoH includes academic and professional staffs who are experts in the field of the project and they can facilitate the scope of the project.
The UoH president expressed his gratitude towards UNECEF for their great works and efforts concerning children around the world especially in the countries where war exists.
In return, Miss Rolat on behalf of TI showed appreciation towards UoH Presidency for their cooperation and hospitality.
She also clarified the project for UoH President.
TI organization is a Dutch organization works in the fields of children and youths.
TI Organization/ Iraqi branch is currently working on a number of projects in numerous Iraqi cities.
The organization made another decision to carry out a project in Halabja .