College of Basic Education Presented a Seminar on Hawrami, Language or Dialect 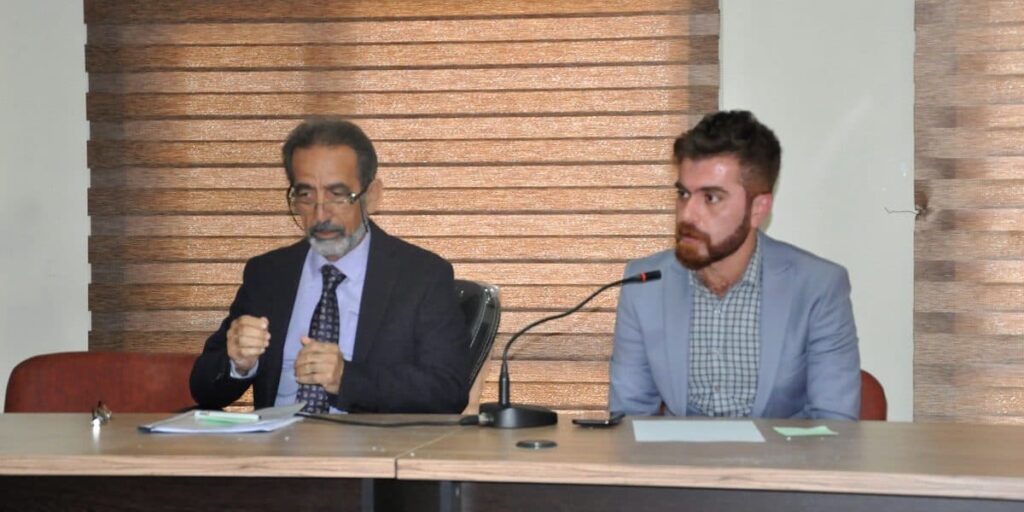 College of Basic Education/ Kurdish Language Department gave a seminar on Hawrami, Language or Dialect for Prof.
Dr. Mohammedi Mahwi on the 20th of February 2019.
At the beginning of the seminar, the UoH lecturer Mr. Nali Adham gave a speech about the biography and work of Prof.
Dr. Mohammedi Mahwi. Later Dr. Mohammedi gave a definition about language in general.
Besides, he clarified the parts and syllables of Kurdish language.
After that Dr. Mahwi assured the attendants that science is the neutral thing which enhances humanity.
He discussed that changing letters leads to changing words in the dialects but with same meaning which causes difficulties in understanding.
From the concept of science, he talked about the rules to differentiate between languages and dialects.
Dr. Mohammedi emphasized the importance of opening College of Language Science officially at the UoH.
He also wished for standardizing Hawrami dialect in 1st to 3rd stages so that dialects will not remain unchanged.